Top Posts
The Best Travel Credit and Debit Cards for...
Getting Around In The Amalfi Coast
7 Awesome Stops On Your Amalfi Coast Adventure
Entering Thailand As A Tourist – Feb 2022
Entering Bali As A Tourist – Feb 2022
10 Awesome Things To Do In Pays Des...
Khao Sok National Park Travel Guide
Unusual dining experiences In Kuala Lumpur
6 Important lessons I learned from travelling as...
Koh Ngai Travel Guide 2020
DestinationsMalaysia

Pulau Tioman Guide: Everything You Need To Know

One of the few islands on the east coast of Malaysia that’s popular with Westerners, Pulau Tioman has a reputation for being a place to party and dive. We planned to stay here for 2 days and ended up leaving within 24 hours as we didn’t like it very much. I wouldn’t recommend going here unless you would like to dive or go to a bar – even the nicest beaches here are far outshone by the ones on any of the surrounding islands (Rawa Island, Pulau Besar or Pulau Sibu). We visited at low season, in March, which could be why we didn’t enjoy it, but I wouldn’t be in any rush to go back.

Find out where I’d recommend you see instead in my guides to the other islands on the East Coast of Malaysia:

Still planning to visit Pulau Tioman? Here’s everything you need to know.

When To Go To Pulau Tioman

The resorts on Tioman island start opening up from March, once the monsoon season ends, and close again in October. June and July are the peak months to visit here, when the resorts will be busiest and weather will be best. October and March are considered the worst months to visit. We visited in March and the weather was bright and sunny, but the island was extremely quiet. While a lack of tourists can be appealing on a beautiful little island like Babi Besar, wandering around deserted towns strewn with rubbish and empty bars is not so great! If you were to go to Tioman I would recommend going in the busier months.

How to get to Pulau Tioman

Pulau Tioman is a 2 hour boat ride from Mersing Jetty on the south eastern coast of Malaysia. You can take a public boat for 70MYR / £13 / €14 return and tickets can be bought directly from the office at the jetty.

To get to Mersing Jetty you can get a direct bus from Kuala Lumpur (4-5 hours, 34MYR / £6 / €7 each way) or Singapore (3.5-4 hours, 30SGD / £16 / €18 each way). It’s best to book your bus before you go, even in low season and especially at weekends, when a lot of Singaporean and Malaysian people will visit the islands.  We used 12go.asia to book our buses. The prices are the same as quoted on other websites but the customer service is better. You get to choose your seats when you book so you will be guaranteed to sit with your travel buddy!

Where to stay in Pulau Tioman

There are three areas where people usually stay on Tioman, and where you stay depends on what kind of holiday you want to have.

ABC is known as the party area on the island and where a lot of the backpackers tend to stay. There wasn’t any nightlife to speak of when we were on the island, presumably this picks up in the peak season.

There is plenty of cheap accommodation and lots of beach bars that open late here (this is unusual on Malaysian islands as you can’t even buy alcohol on some of them). We decided to stay in ABC as we wanted somewhere cheap and to meet some people. We didn’t book in advance but found a room at SP Barakah right beside the jetty. They charge 80MYR / £15 /€16 for a fan room and 130MYR / £24 /€27 per night for an air con room overlooking the sea. The rooms are basic but comfortable, and no breakfast is included but the food is really cheap.

This is the capital of Pulau Tioman and the main village on the island. There are a few long stretches of golden beaches nearby and a lot of accommodation. Unlike ABC where you mainly just see other backpackers, in Tekek there are a lot of local people working and living there. I’m not sure that this would be a great place to stay as the beaches aren’t great and it’s quite busy, but not in a way that’s good for tourists. We were stopped a few times to ask if we wanted taxis or a guide somewhere which was a little annoying.

Much like ABC, Salang has a reputation as a backpacker party area but it has better beaches. This is a good place for budget seekers and those seeking to meet new people or hit the beach bars. There are also a lot of diving schools here if you want to try diving or get your certification.

This is the most beautiful area on Tioman, with the best beach on the island (although it’s not as nice as those on Besar or Lang Tengah!). Stay at Juara if you are looking for tranquility and don’t mind spending a little more money for your accommodation. It’s a very quiet part of the island and lacks any nightlife you would find in ABC or Salang, but is a lot prettier. You can only get to and from the livelier parts of the island by hiring a 4×4 taxi up and down a steep mountain.

Where to eat in Pulau Tioman

Unlike the other islands I’ve written about there is a wide variety of places to eat on Tioman. As we were only here for 1 day we didn’t try many places but the two we did eat at I would definitely recommend.

If you’re on a budget this is the place to eat. A tiny outdoor restaurant with just 5 tables, this was the most popular place to have breakfast and lunch while we were on the island. Breakfast  starts from just 4MYR / £ / € and tea & coffee is just 1MYR. Lunch starts at 6myr for fried noodles.

This rustic outdoor restaurant is right by the jetty and a popular spot in the evenings. Sit at wooden tables with your feet in the sand,  surrounded by little hand painted signs with cheerful quotes on them. It’s a lovely little spot and I’d definitely recommend it.

The Malaysian food is amazing but from reviews I have read online the Thai & western food isn’t great. I had a really good Malay curry which wasn’t too spicy. It’s a family run place and super laid back so it can take a while to get your food, but that’s pretty common around Asia.

There’s no alcohol served here but you can bring your own if you pay corkage.

What To Do in Pulau Tioman

From what I’ve seen, people mainly go to Tioman to dive, surf or drink. There is a lot to do on the island depending on where you stay, but not all of these are available off season from our experience. Diving schools can be found all around the island, snorkelling tours and multi island trips are offered from most guesthouses and shops, and there is also a hike that you can do across the island between Tekek and Juara.

As I said we only stayed there for less than 24 hours so we weren’t able to fit a lot in. We mainly walked around the island, from the top of ABC to the end of Tekek where the Juara hike starts. By the time we reached the start of the hike we had seen enough and decided we didn’t want to stay any more and went back to book onto the next boat back to Mersing.

What To Bring to Pulau Tioman

Unlike the rest of the islands we visited on the east cost, Tioman has plenty of shops so you can buy most things you would need there. There are also ATMs on the island, but its good to bring cash in case you are not staying near one. There are sandflies on the beaches so bring or buy coconut oil to stop them biting you. Don’t forget this or you will be itching for weeks after you leave! Any normal tanning oil works too.

The only running we did on Pulau Besar was back to the Jetty to get out of there! But there is a paved path that runs all the way from ABC to Tekek which would give you a great workout. 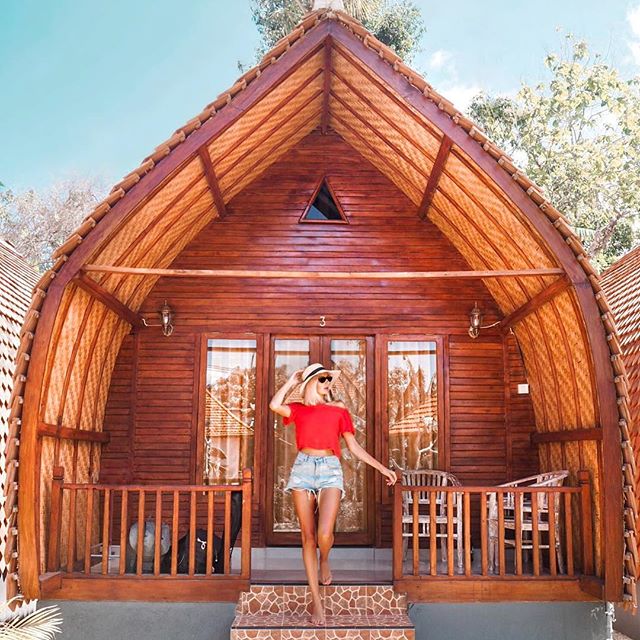